Your cart is empty!
Product is not available in this quantity.

A Primer to Rhino 3D 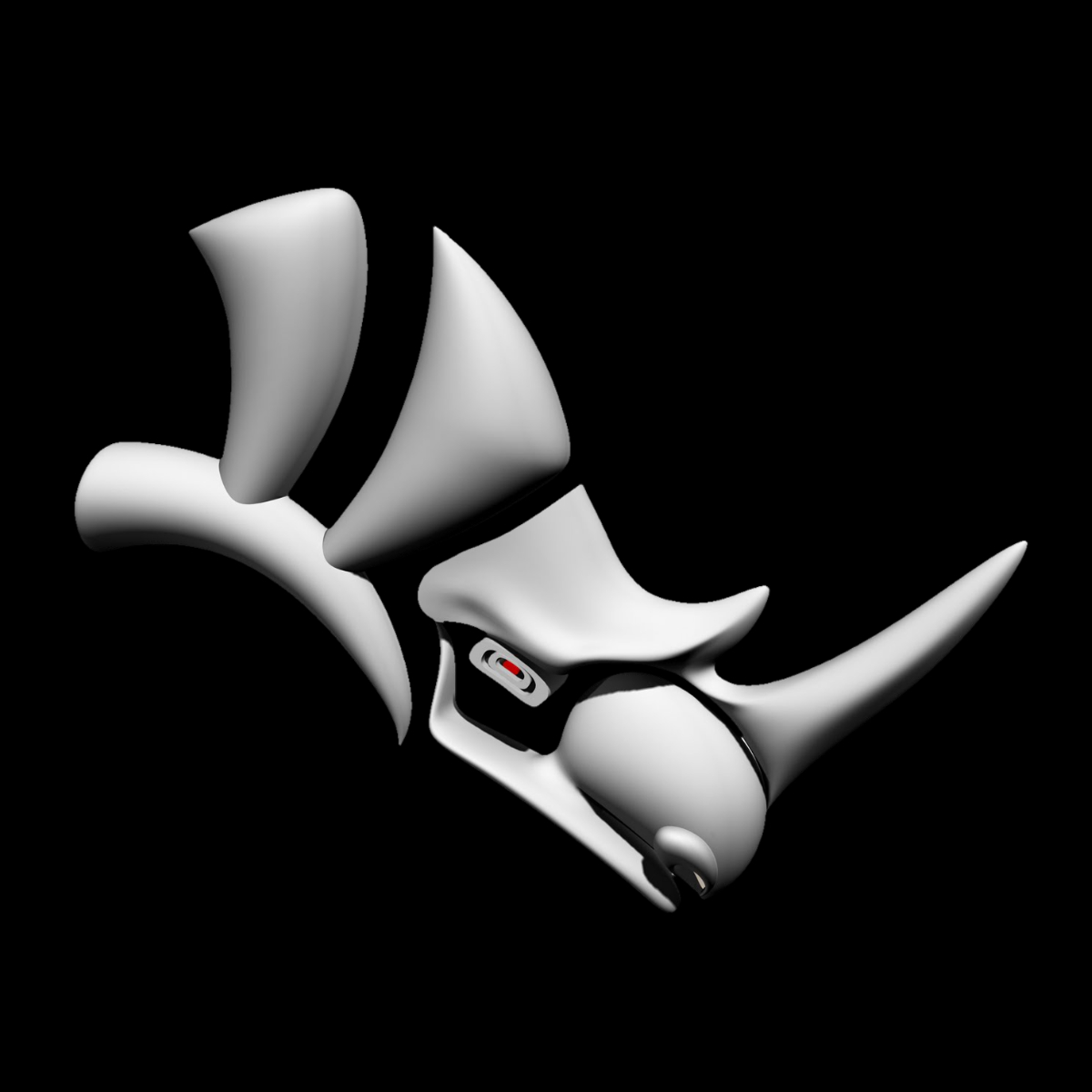 In this post I want to introduce a few basic concepts of Rhino that will give a good foundation for anyone looking to learn this software. Disclaimer out of the gate, I am not a 3d CAD or Rhino expert - I’ve been using Rhino for a few years now but still consider myself a novice user.

I’m not going to get into any tutorials or how-tos, tips, tricks, or short-cuts etc. There are plenty of places online for this type of information and will leave it to you to seek that out.

In my journey, I’ve tried a few other 3d modeling apps such as Sketch Up, On Shape and Fusion 360. Despite not being the quickest to learn when compared to these others, Rhino felt the most intuitive. Its building-block based mental model made sense to me and when paired with Grasshopper - a parametric modeling plugin - Rhino emerges as an amazing tool for creating algorithmic, free-form, 3d geometry.

‍What is Rhino?
Rhino is a NURBS based 3d geometry modeling application. NURBS is a mathematical model which stands for: Non-uniform, Rational, B-Spline curves (just in case you didn’t know). NURBS models can accurately model any shape from a simple line, circle, arc to the most complex 3d organic surface or solid. The advantage of NURBS over using solid or polygon modelers is that NURBS surfaces have no facets - the amount of information required in NURBS geometry is much smaller when compared to other common solid modeling based apps. This makes for more accurate rendering and smaller file sizes. NURBS based 3d design software is the industry standard for engineers and designers who need to create complex, organic, 3d forms.‍

‍‍Key Concepts
Rhino is used across a wide variety of industries such as architecture, industrial design, marine, aerospace, jewelry and automotive design. Its been around for over 40 years and in my mind, this longevity speaks to its strength and appeal as as 3d modeling application. As I mentioned in the introduction, my goal for this post is to provide an overview of the basic concepts or principles of Rhino. I think this primer will help give you a deeper understanding of Rhino and will help speed up your learning process.

The most basic of all Rhino elements or building blocks is the point. A point is specific location in 3d space defined by X, Y and Z coordinates. Every complex polysurface that is modeled in Rhino owes its origin to a collection of points. Points actually do not not exist as real geometry but act more as indicators that define subsequent elements.

The next element in the Rhino family is a line or curve. As you’ve probably guessed, lines and curves are made from points. You create lines or curves by plotting points on a construction plane or in 3d space. Lines or curves can be grouped or joined to create complex 2d shapes. ‍

‍Points, Lines and Curves
Rhino allows for incredible, precise control of lines and curves via two entities - edit points and control points. Edit points are the origin points used to plot a line or curve. In edit mode you can individually manipulate these items by moving them in 3d space or by modifying a points handlebar (more on this later). Edit points on a line or curve come in two flavors: knots and kinks.

Knots
Knots join two line segments together and when manipulated via the handlebar, the two line segments smoothly translate and stay connected as one, fluid line. The technical name for these smooth players is parametric or bezier curves. Graphic designers working with curves or paths in many common illustration apps will be familiar with this approach of generating 2d line art.

Kinks
Kinks are just that - a point on a line where when manipulated by the handlebar create a disruption or kink in the flow of the two joined line segments. Control points are another method in manipulating a curve as well as a surface. Here a series of points exist on the periphery of the element and allow the user to pull, stretch, tweak to their hearts content. Control points also appear on closed single surfaces and allow for the same degree of manipulation.

Surfaces
‍Surfaces in Rhino can be imagined as stretchy, connected sheets with no thickness. They are made in a variety of ways from (you guessed it) either lines or curves. For example you can create a rectangular sheet or surface from a series of four co-planar, closed lines. Or you can simply extrude a line and create the same type of rectangular surface. For more complex surfaces you can use the loft, rail, sweep, drape, ribbon or a host of other commands.

Surfaces feature internal perpendicular curves which are called isocurves. These curves have a constant 2d u and v values and help you visualize the shape of a surface. Isocurves do not define a surface - they are merely a visual aid that allows you to see a surface and its orientation to the 3d form. Isocurves can be extracted to create new, fully editable curves on a surface.‍

In order to successful create a solid, all surface edges need to be adjacent to other edges creating a water-tight enclosed volume. A naked edge is when a surface edge is exposed or is not fused to an adjacent surface edge.

Another issue which prevents the creation of a closed polysurface is the presence of a non-manifold edge. Non-manifold edges are surface edges that are joined to two or more other edges at the same time. Rhino does not allow non-manifold edges in surface models - its edge analysis tool can scan polysurfaces and highlight these issues when creating 3d models.‍

Polygon Mesh
‍A polygon mesh is a collection of vertices and polygons that define the shape of a 3d object. Once a model is ready to be exported for prototyping or other kind of analysis or operation, Rhino converts a NURBS polysurface into a polygon mesh. Meshes consist of quadrilaterals or triangles and like closed polysurfaces are fully enclosed.

Most commercial and home 3d printers use STL, OBJ, AMF and 3MF 3d file types to print. In order to export these file types in Rhino, 3d geometry first needs to be converted to a high resolution polygon mesh file. Another strength of Rhino is that it offers a great degree of control when generating 3d mesh geometry.

One of the things to pay attention to is the number of polygons generated when creating mesh geometry. Many online 3d print services usually spec a max file size or max polygon count when uploading files for printing. It’s important to check these specs before exporting and uploading your mesh files.‍

Why Rhino
‍I hope this brief primer gave you a quick intro into the basics of Rhino. I very much enjoy using this application and plan on using it into the foreseeable future. Is Rhino the right for you? That is something you’ll need to explore and discover for yourself.

To end this post, I’ll list a few positive highlights that may motivate you to give Rhino a try. Compared to other 3d apps, Rhino pricing is very accessible to students, independent freelance product designers as well as startup ID studios. Rhino is compatible with other 3d apps and is able to open and export a wide variety of file types.

When running into a problem, my first stop is either the Rhino online FAQ page or their support forum. I always get quick, helpful feedback, the user community is world wide and is generous with their time and support. Last but not least Rhino runs on both Mac and PC. I would say that development cycles favor the PC platform as new releases come out on PC first. That being said all features and functionality are equally shared across both platforms.

Thank you, until next time! - Andreu O.

Stay current with news and product releases
Thanks for joining our community!
Something went wrong - please try again