Your cart is empty!
Product is not available in this quantity. 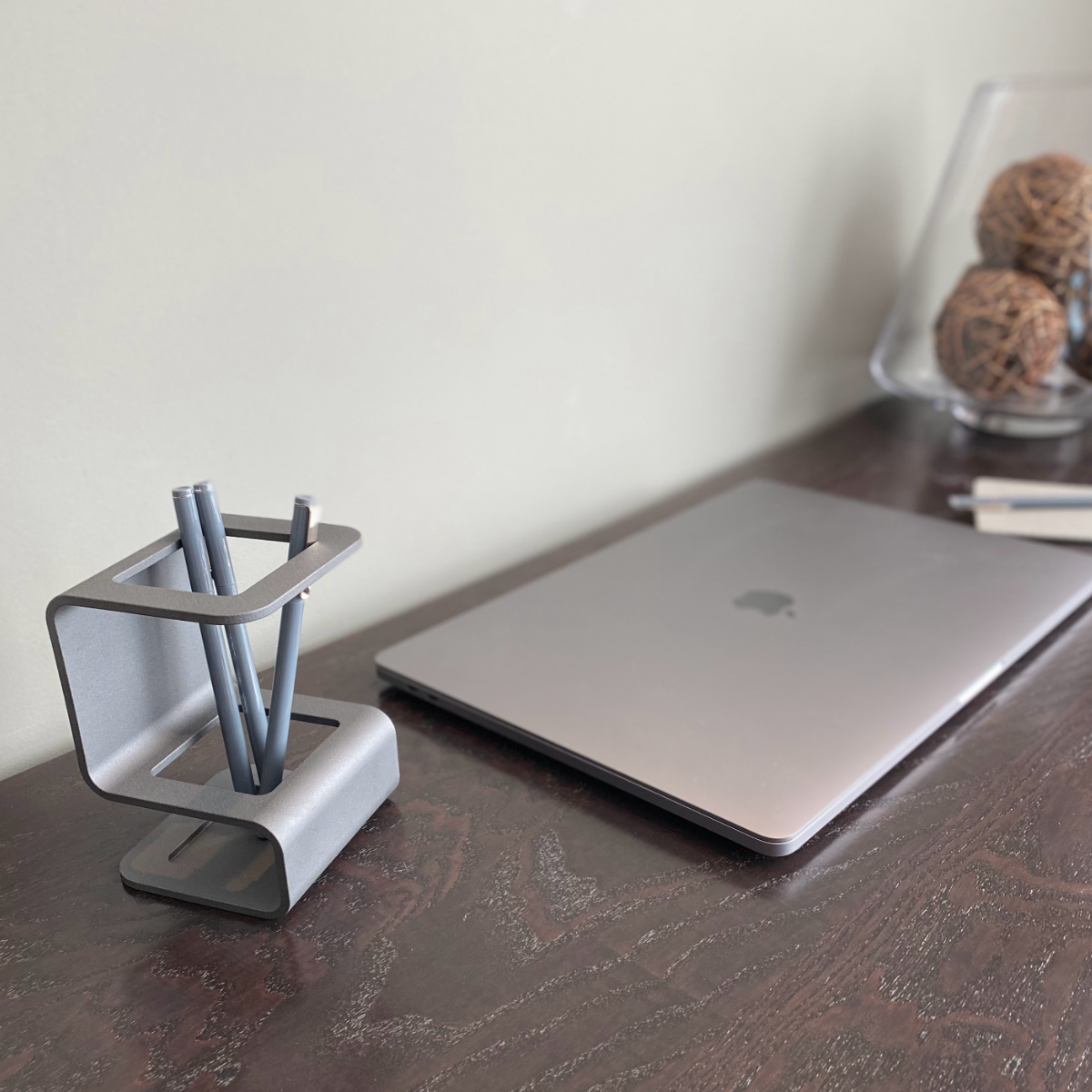 Material of Choice
There are many different types of 3D printing technologies to choose from these days. After some exploration, I found that Multi Jet Fusion prints - a powder bed fusion process - yields some very nice results for my needs. The prints that feature on this site for example, are all MJF and have all been printed by Shapeways.

Multi Jet Fusion features prints with a slight grainy texture (which I like) - overall, it's uniform, consistent and just plain looks good. I opt for the dark grey color, the default, but now I understand that there are up to 17 colors to choose from. This all being said, I thought it would be a good idea to do a brief "Multi Jet Fusion 101" write-up.

Multi Jet Fusion printing is a type of additive manufacturing technology that allows for the creation of complex, high-resolution objects. It's a form of plastic 3D printing that uses a high-powered light source to selectively fuse small particles of material together. This process is controlled by a program that determines the precise placement of a liquid fusing agent in the first pass - and then the application of a flash of thermal energy in a second pass. Repeating this process in the Z-axis builds the object up layer by layer (70 microns, or 0.003 inch thick).

One of the key advantages of Multi Jet Fusion printing is its speed and efficiency. Because it uses a high-powered light source to selectively fuse the material, it can create objects much faster than other 3D printing technologies that rely on more traditional methods such as extrusion - Fused Deposition Modeling (FDM) or laser sintering. This makes it particularly well-suited for applications where speed and precision are critical, such as in the production of functional prototypes and end-use parts with strong, homogeneous mechanical properties.

History
The technology was invented at Hewlett-Packard (HP) and was first introduced to the market in 2016. The company began investigating the potential of 3D printing technology in the early 2010s, and quickly realized that traditional methods such as extrusion and laser sintering were not well-suited for their particular needs. In response, they began working on a new approach that would be faster, more accurate, and more efficient. Since its introduction to the market, Multi Jet Fusion has quickly become a popular choice for a wide range of applications, including the production of functional prototypes and end-use parts. Its speed, efficiency, and ability to produce high-quality objects with a high degree of accuracy and detail make it a valuable tool for many industries.

Multi Jet Fusion typically uses a specific type of plastic material as its feedstock. This material, known as PA 12 is a type of nylon that has been formulated for use in 3D printing. It is a strong, durable material that is well-suited for a wide range of applications, and is able to withstand high temperatures and harsh environments. PA 12 is the most commonly used material, but other materials may also be used depending on the specific application and the capabilities of the 3D printer. For example, some MJF printers are able to use other types of plastic materials, such as PET or TPU, or even metal powders. In general, the materials used in Multi Jet Fusion printing are chosen based on their ability to withstand the high temperatures and selective fusing process used by the technology, as well as their suitability for the intended application.

Common applications of Multi Jet Fusion printing include the creation of custom medical implants and devices, automotive parts, aerospace components and consumer products. It is also used in the production of tools and fixtures for manufacturing processes, as well as for the creation of decorative and artistic objects (as presented in this site!) Overall, the versatility and precision of Multi Jet Fusion printing make it a valuable tool for a wide range of industries and applications.

Professional Use Only
Besides HP, other companies that produce Multi Jet Fusion printers include Stratasys, EOS, Carbon, and Xaar. These companies offer a range of different printers, each with its own unique features, capabilities and proprietary materials. This all being said, Multi Jet Fusion technology is primarily used in commercial and industrial applications. MJF is not yet available for individuals or hobbyists, this technology is still relatively new, complex and expensive. It requires specialized training and expertise to operate - for example - the plastic powder can be accidentally inhaled if not handled properly, which can potentially cause respiratory issues. One must follow proper safety procedures when handling and using the powder and to use appropriate personal protective equipment to minimize the risk of exposure.

I hope this brief summary provided some value and a good intro to Muti Jet Fusion 3D printing. I will continue to source this process in the design of Artefacture products and look forward to sharing new designs very soon!

Thank you, until next time! - Andreu O.

Stay current with news and product releases
Thanks for joining our community!
Something went wrong - please try again